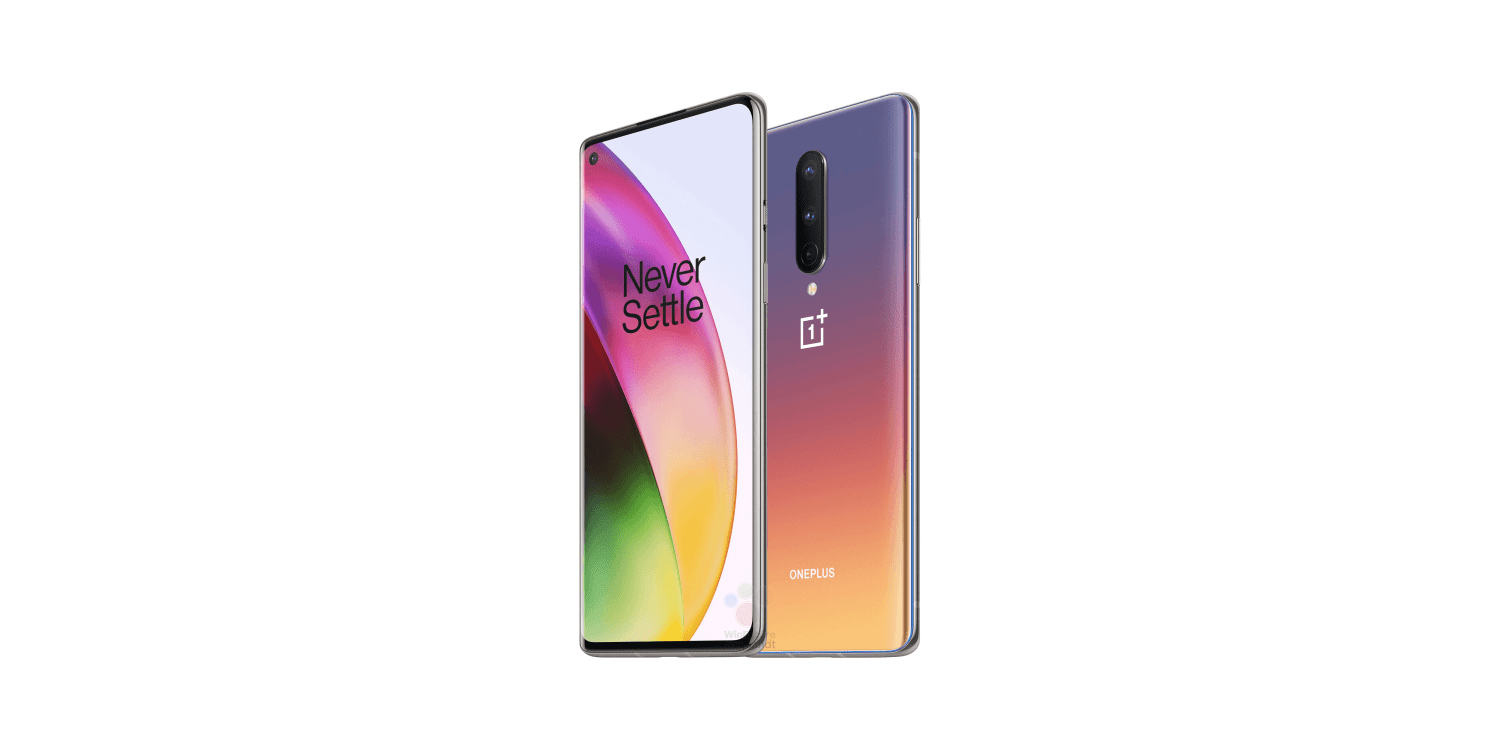 The new official renders of the upcoming OnePlus 8 Family are recently revealed by WinFuture.de and Leakster Ishan Agarwal in their respective tweets. With just two weeks remaining in the launch, the speed of leaks & rumors is at the peak.

#OnePlus8 Official Renders have leaked! I know what the marketing name for these colours will be:
-Interstellar Glow
-Glacial Green
-Onyx Black
Looks amazing in my opinion! What do you think?
Source: @rquandt / https://t.co/sd7Pw4nGHg pic.twitter.com/FWMlSuZzii

From the renders, The OnePlus 8 will have an “Interstellar Glow” color variant. The rear view of OnePlus 8 is looked like Samsung’s Note 10 “Aura Blue” with a matte coat. It looks like the color shifts between shades of purple, red, and orange.

The previous leaked from the leakster also suggested the specifications for the upcoming OnePlus 8 Family: Both OnePlus devices OnePlus 8 & 8 Pro were rumored to have Qualcomm’s Snapdragon 865 SoC with 5G support. The OnePlus 8 Pro was rumored to come with 6.78″ QHD+ AMOLED Display with the refresh rate of 120Hz, 8GB/12GB of RAM, Massive 4510mAh Battery with OnePlus’s Dash Charging Technology, 30W Fast Wireless charging & 3W Reverse Charging support. OnePlus 8 was rumored to come with 6.55″ FHD+ Display with a refresh rate of 90Hz.

With that said, how you like the post, Latest OnePlus flagships are set to launch next month.

Hosted on FastComet | Built on wpAstra