A firewall is a tool for monitoring and filtering incoming and outgoing network traffic. It works by defining a set of security rules that determine whether to allow or block specific traffic.

Ubuntu ships with a firewall configuration tool called UFW (Uncomplicated Firewall). UFW is a user-friendly front-end for managing iptables firewall rules. Its main goal is to make managing firewall easier or, as the name says, uncomplicated.

This article describes how to use the UFW tool to configure and manage a firewall on Ubuntu 20.04. A properly configured firewall is one of the most important aspects of overall system security.

Only root users and users with sudo privileges can manage the system firewall. So, I suggest you to run administrative tasks as a sudo user.

UFW is part of the standard Ubuntu 20.04 installation and should be present on your system. If for some reason it is not installed, you can install the package by typing:

UFW is disabled by default. You can check the status of the UFW service with the following command:

The output will show that the firewall status is inactive:

If UFW is activated, the output will look something to the following:

The default behavior of the UFW Firewall is to block all incoming and forwarding traffic and allow all outbound traffic. In other words, anyone trying to access your server will not be able to connect unless you specifically open the port. Applications and services running on your server will be able to access the outside world.

The default policies are generally defined in the /etc/default/ufw file and can be changed either by manually modifying the file or with the sudo ufw default <policy> <chain> command.

Firewall policies are the foundation for building more complex and user-defined rules. Generally, the initial UFW Default Policies are good for a starting point.

You can list all application profiles available on your server by typing:

Depending on the packages installed on your system, the output will look similar to the following:

To find more information about a specific profile and included rules, use the following command:

The output shows that the ‘Nginx Full’ profile opens ports 80 and 443.

You can also create custom profiles for your applications.

If you’re connecting to your Ubuntu from a remote location, before enabling the UFW firewall, you must explicitly allow incoming SSH connections. Otherwise, you will no longer be able to connect to the machine.

If SSH is running on a non-standard port, you need to open that port.

For example, if your ssh daemon listens on port 7722, enter the following command to allow connections on that port:

Now that the firewall is configured to allow incoming SSH connections, you can enable it by typing:

You will be warned that enabling the firewall may disrupt existing ssh connections, just type y and hit Enter.

Depending on the applications that run on the system, you may also need to open other ports. The general syntax to open a port is as follows:

Below are few ways on how to allow HTTP connections.

The first option is to use the service name. UFW checks the /etc/services file for the port and protocol of the specified service:

You can also specify the port number, and the protocol:

When no protocol is given, UFW creates rules for both tcp and udp.

Another option is to use the application profile; in this case, ‘Nginx HTTP’:

UFW also allows you to open port ranges. The start and the end ports are separated by a colon (:), and you must specify the protocol, either tcp or udp.

For example, if you want to allow ports from 7100 to 7200 on both tcp and udp, you would run the following command:

To allow connections on all ports from a given source IP, use the from keyword followed by the source address.

Here is an example of whitelisting an IP address:

If you want to allow the given IP address access only to a specific port, use the to any port keyword followed by the port number.

The syntax for allowing connections to a subnet of IP addresses is the same as when using a single IP address. The only difference is that you need to specify the netmask.

Writing deny rules is the same as writing allow rules; you only need to use the deny keyword instead of allow.

There are two different ways to delete UFW rules by rule number and by specifying the actual rule.

Deleting rules by rule number is easier, especially when you are new to UFW. To delete a rule by a rule number first, you need to find the number of the rule you want to delete. To get a list of numbered rules, use the ufw status numbered command:

To delete the rule number 3, the one that allows connections to port 8080, you would enter:

The second method is to delete a rule by specifying the actual rule. For example if you added a rule to open port 8069 you can delete it with:

If for any reason you want to stop UFW and deactivate all the rules you can use:

Later if you want to re-enable UTF and activate all rules just type:

Resetting UFW will disable UFW, and delete all active rules. This is helpful if you want to revert all of your changes and start fresh.

To reset UFW, type in the following command:

IP Masquerading is a variant of NAT (network address translation) in the Linux kernel that translates the network traffic by re-writing the source and destination IP addresses and ports. With IP Masquerading, you can allow one or more machines in a private network to communicate with the Internet using one Linux machine that acts as a gateway.

First, you need to enable IP forwarding. To do that, open the /etc/ufw/sysctl.conf file:

Find and uncomment the line which reads net.ipv4.ip_forward = 0:

Next, you need to configure UFW to allow forwarded packets. Open the UFW configuration file:

Locate the DEFAULT_FORWARD_POLICY key, and change the value from DROP to ACCEPT:

Now you need to set the default policy for the POSTROUTING chain in the nat table and the masquerade rule. To do so, open the /etc/ufw/before.rules file and append the lines highlighted in yellow, as shown below:

Don’t forget to replace eth0 in the -A POSTROUTING line to match the name of the public network interface:

When you are done, save and close the file.

Finally, reload the UFW rules by disabling and re-enabling UFW:

We’ve shown you how to install and configure UFW firewall on your Ubuntu 20.04 server. Be sure to allow all incoming connections that are necessary for the proper functioning of your system, while limiting all unnecessary connections.

For more information on this topic, visit the UFW man page.

If you have questions, feel free to leave a comment below. 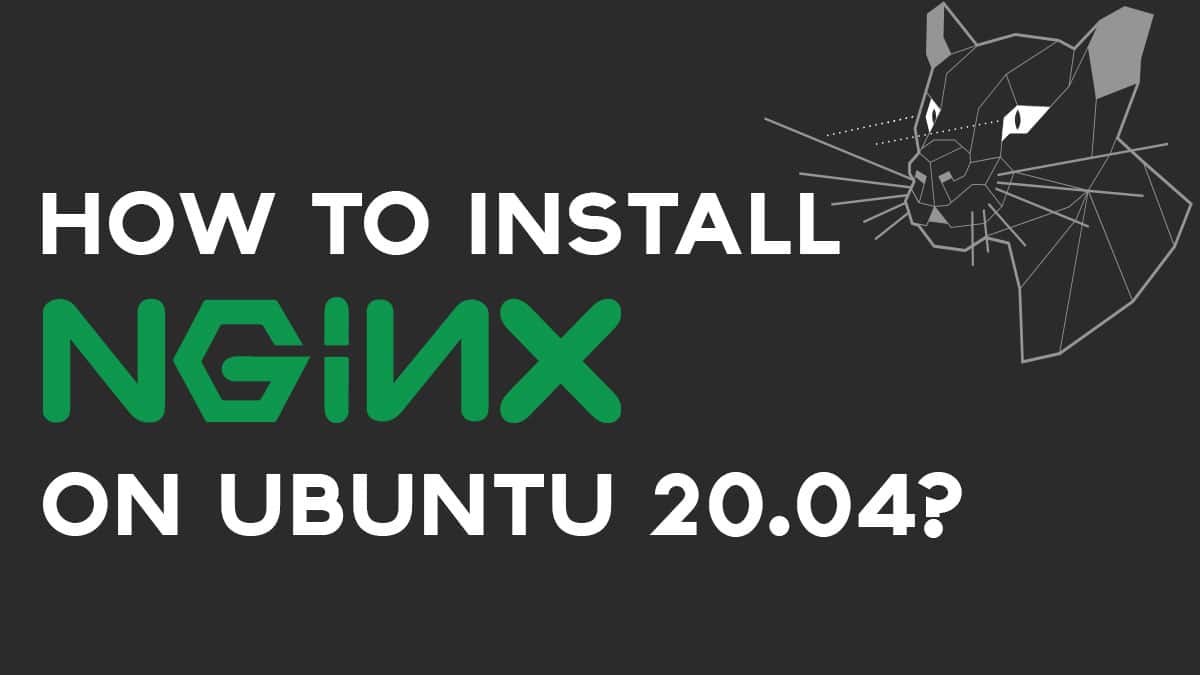 Nginx commonly pronounced as “Engine X” is an open-source, high-performance HTTP and reverse proxy server responsible for handling the load of some of the largest…

Looking for a Linux Distro for your PC. I've compiled a list of some of the best Linux Distro that you can try to find… 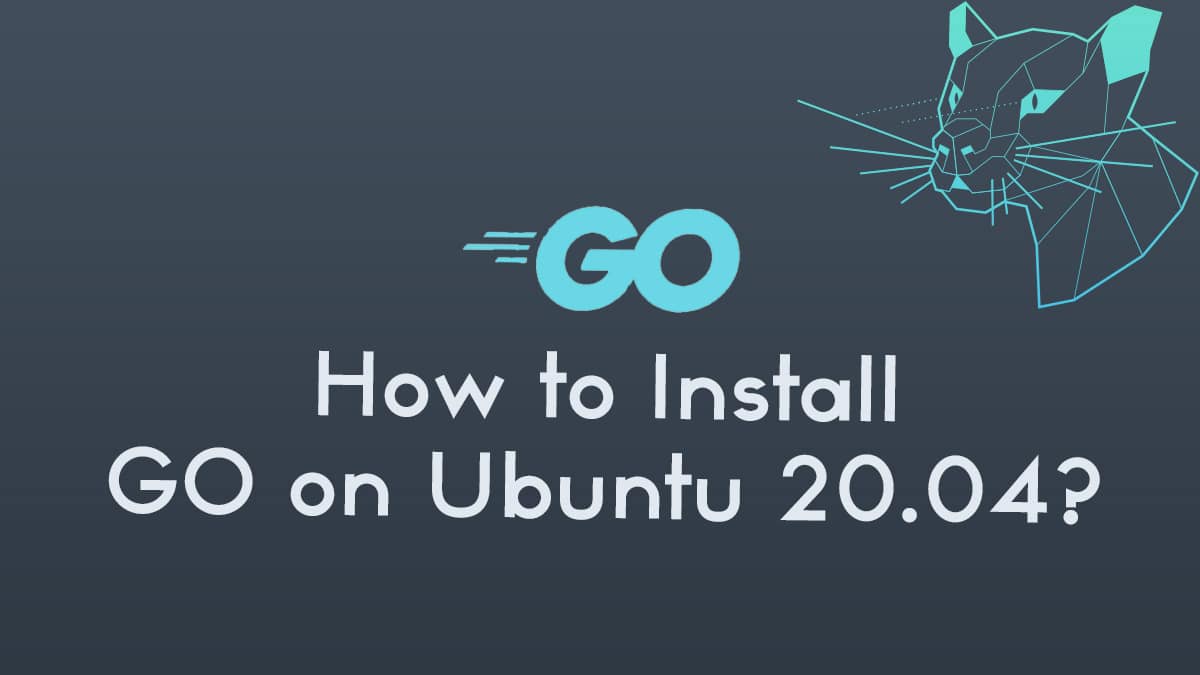 Golang, majorly known as Go, is a modern open-source programming language created by Google that allows you to build reliable and efficient applications.